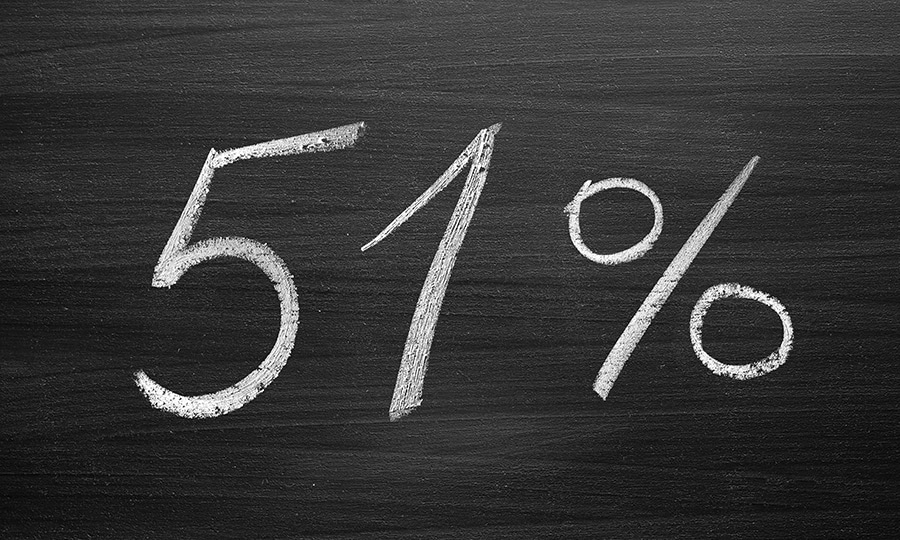 Newcomers to crypto may hear of the expression a “51% attack”. In simple terms a 51% attack is when someone controls 51% or more of a cryptocurrency’s network and can manipulate transactions. Once in control, an attacker can do what’s called “double spend”, essentially being able to spend twice (for those interested, check out the Wikipedia page on double spend).

There have been several successful attacks of this nature, with Bitcoin Gold being the most recent in May this year. Not all cryptocurrencies are at risk to this issue, and although Bitcoin Gold is a relatively popular coin (at least by market cap), it’s the smaller coins that are at risk.

Even though the likelihood of these attacks are relatively low, and getting harder as time goes on (now that Exchanges are far more aware), the severity is rather high, since there’s a growing amount money on the table.

Someone has even created a web application called crypto51.app that lists the theoretical cost of hashing power at Nicehash (the largest mining rental pool) required for a 51% attack. 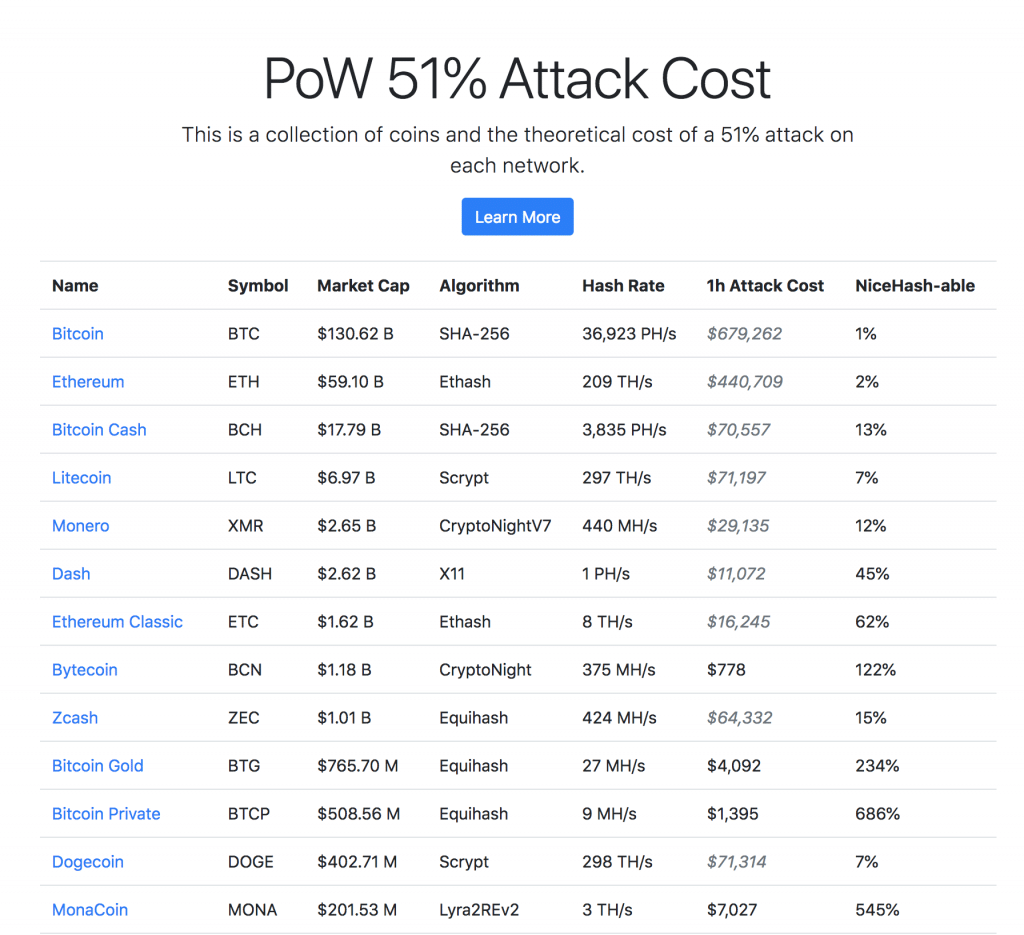 As you’ll see, these attacks aren’t feasible for the more popular, larger coins, however the recent discussions are a good security awareness exercise, especially for developers and crypto exchanges.