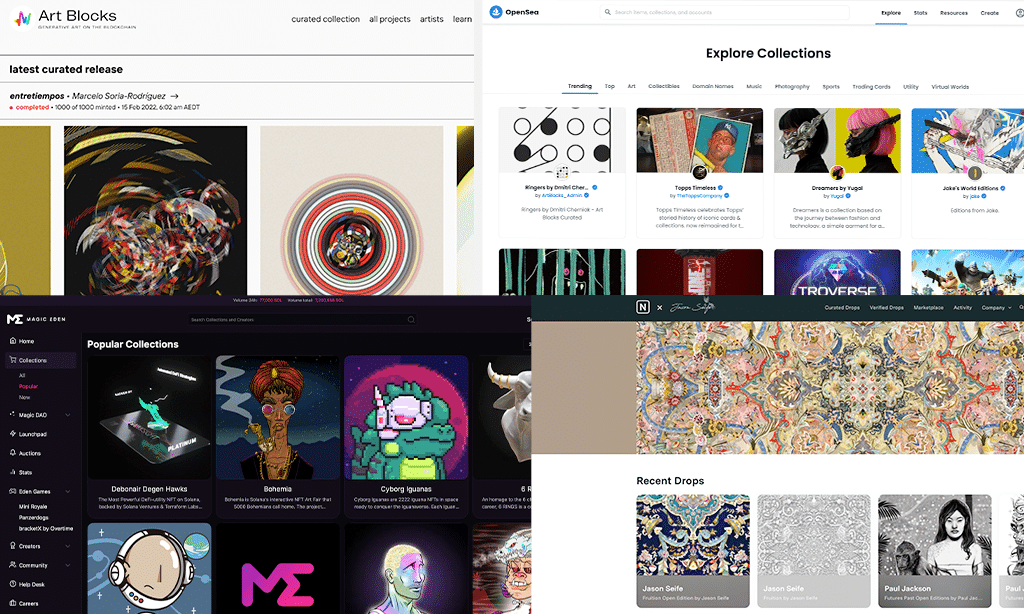 From Twitter profile pictures to digital McRibs, there’s one thing that’s hot right now: non-fungible tokens (NFTs). Every day more celebrities, influencers, and entrepreneurs are launching NFT-related projects. Not surprisingly, a lot of people have been left scratching their heads. What is an NFT, and how is it related to cryptocurrency? Let’s clear up all the mysteries surrounding this new type of digital asset.

‘Non-fungible tokens’ are tokens that aren’t interchangeable. They have features that make them uniquely identifiable. These features vary and are determined by the creator of the NFT. Much like physical pieces of art, one NFT may be more desirable than another. This could be due to the utility it provides, such as access to a members-only chat room. In other cases, it might be valuable due to the creator’s reputation, or the story behind the NFT.

How Are NFTs Related to Cryptocurrency?

NFTs aren’t just linked to crypto as a comparison; they’re two deeply intertwined ecosystems. The NFT world runs on top of ‘programmable’ cryptocurrencies. These cryptocurrencies – such as Ethereum – allow for the creation of ‘tokens’ with unique properties. The tokens live inside the Ethereum blockchain and can be traded between addresses alongside the Ethereum coin itself. Just like other crypto assets, NFTs are stored inside a crypto wallet.

Like Ethereum and Bitcoin, NFTs are only possible due to blockchain technology. NFTs rely on the security a blockchain provides to make sure only one “real” copy exists at a given time. Only one person (or group) is the verifiable owner of the NFT on the blockchain.

Someone could try to replicate someone else’s NFT by creating a copy, but they wouldn’t be the same. It would be like forging a painting by Picasso or da Vinci. Even if the forger was a master, the genuine painting wouldn’t be interchangeable with the forgery. An NFT’s ‘provenance’ (record of ownership) can always be checked on the blockchain and used to verify whether it is legitimate. In a word, NFTs are stored on the blockchain so that their authenticity and history can be traced.

NFTs in the Media

Most of the hype today is centred around artistic NFTs. McDonald’s released a ‘McRib’ NFT in the style of a trading card. Not to be beaten, Coca-Cola released a series of multi-sensory NFTs featuring, among other things, the fizzing sound of the beverage. Snoop Dogg has announced plans to turn his record label into an ‘NFT label’.

Many celebrities have also started trading NFTs, including Eminem, Steve Aoki, and Reese Witherspoon. Much like the traditional fine art market, the prices of sought-after NFTs have been pushed up to eye-watering levels. Fine art auction house Christie’s sold an NFT by artist Beeple for $69 million (USD), and many CryptoPunk NFTs have sold for millions of dollars each.

NFTs also have a use beyond art. Each NFT is a record of ownership that is tied to something else. An NFT could be used to represent any asset, either digital or real. Some NFTs represent items in virtual worlds or video games. An NFT could even act as the deed to a real house or car – given that it was provided for in a country’s legal system.

The Future of NFTs

Cryptocurrencies like Bitcoin seek to remove the need for banks to act as middlemen in the economy. In much the same way, NFTs could make transferring ownership of assets like real estate easier, by eliminating a layer of legal bureaucracy between the buyer and seller. So, while there’s certainly a lot of hype around NFTs, there’s also a lot of potential. Whether NFTs are the future or a fad is something we’ll leave up to you.