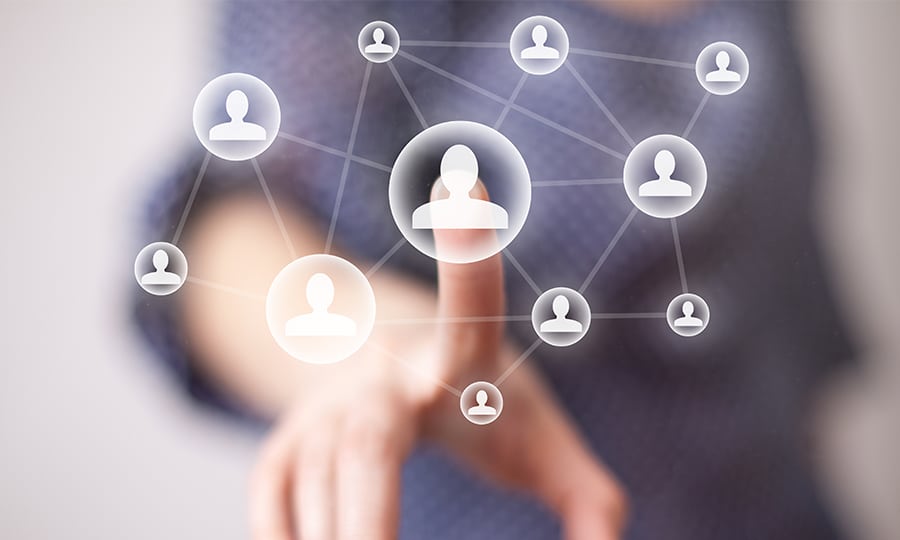 Social media networking has ingrained itself into many parts of the world, from allowing more connected people to providing marketers with incredible tools. It’s also constantly changing, and with blockchain slowly encroaching on the spotlight, social media is only poised to change further. Here are 5 ways social media will find itself shifting thanks to this new technology:

One of the issues surrounding social media is that most of the information, if not all of it, is under the full control of the network used. Users will find themselves at the whim and competence of whoever runs the company, which can lead down troubling and frustrating paths. However, the key value of blockchains is that it’s decentralized. Data cannot be changed or manipulated without consensus from other computers – which means that user data cannot be changed or even utilized for big data campaigns, such as advertising and analytics.

2. Users are No Longer the Product

Social networking sites, by and large, make most of their revenue through selling data. They may not sell bank information, but user habits and demographics can be sold for a pretty penny thanks to the tremendous insights they can provide companies and their marketing teams. However, with the blockchain, that ends, for two reasons. First, is that the data is more secure. Second is that blockchains allow for cryptocurrencies, which can provide networks a powerful source of revenue.

The world is full of oppression. Censorship is everywhere, and as more restrictions grow on Internet speech, censorship will slip through the cracks and grow. Fortunately, blockchain-based social networks can help keep the people’s voices from being silenced, as well as keep them safe. Traditional messaging services may have end-to-end encryption, but third-parties with ill-intent can still track down who sent it and who received it.

Blockchain powered messaging systems do not have the same problem. That’s due to the anonymity inherent in its design. This can put a hamper or any agencies or personnel trying to suppress or censor information.

The fact that anyone can put up any kind of content on social media they want is both a blessing and a curse. It’s a blessing because everyone who has an Internet connection now has a voice, which has lead to an unprecedented amount of discussion on every topic under the sun. Of course, it’s also a curse, as this has led to a similarly unprecedented lack of fact checking. The court of popular opinion is in, and it’s damaging the strength of facts and empowering malicious and dangerous fiction.

However, content-checking is a lot easier with the blockchain. Posts that the network do not see as valid or that cannot be traced to an authoritative source can either be muted, or at least monitored, giving the audience an opportunity to find out for themselves whether something is true or not.

Blockchain-powered social networks have a key advantage, and that’s the ability to reward users for directly influencing its growth. Cryptocurrencies based on the network’s blockchain can be given to power users, which cans serve as a main selling point for brands and individuals looking for a place to grow their follower base.

These are far from the only ways blockchains will change the social media world. This is an exciting time for people who want to make their own networks, as well as marketers looking for the next edge that will make their campaigns competitive – and this is only the beginning. As blockchain technology grows and develops, the ways it’ll change the social media landscape will grow and develop with it.