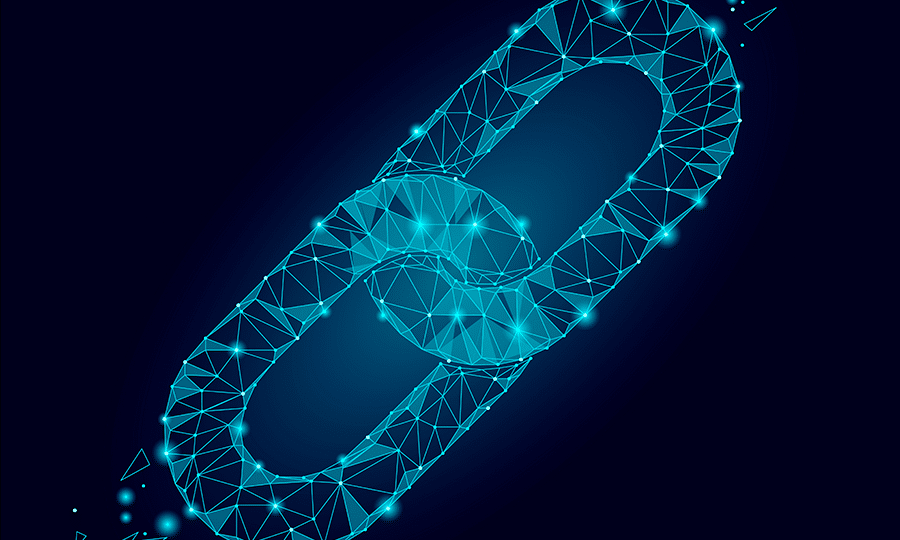 With Bitcoin and other cryptocurrencies on a rollercoaster ride of boom and bust, it’s hard for business executives to know what to make of blockchain technologies. Reading headlines full of news about hacking, financial bubbles, and ransomware attacks, the fire stoking the blockchain movement can be impossible to spot through all the smoke.

But blockchain is about more than just currency markers. At its core, blockchain technology is a cryptographically secure, distributable, verifiable sequence of records. These records can as easily contain medical chart data or shipping and delivery information as financial transaction data. Although the first wave implementations of blockchain tend to serve the fringe communities of the internet, the same has been true of every disruptive technology that has roiled the business community in the digital age.

Executives who miss the transition will find themselves helming companies desperately playing catch-up, while those who investigate and understand the implications of blockchain will ride the wave into the next era of modern business.

Blockchain is Built to Last

Invented by a mysterious and anonymous person or group operating under the alias Satoshi Nakamoto, blockchain first emerged in 2008 as a conceptual white paper posted to the low-traffic but well-respected cryptography discussion mailing list on metzdowd.com. As Nakamoto noted in his first post, the paper described an “…electronic cash system that’s fully peer-to-peer, with no trusted third party.”

The cash system was Bitcoin, designed to take corporate and governmental oversight of internet financial transactions out of the loop. The method that Nakamoto created to enable the honest exchange of value without a third-party guarantor was blockchain.

Blockchain, as the phrase was later concatenated, accomplished that feat by broadcasting transaction records to a distributed network of nodes running the bitcoin software. Both parties to the transaction are identified uniquely by an alphanumeric address that is cryptographically tied to a private key that only they know. Everyone viewing the transaction can see the address; no one can know the private key or identity unless the user chooses to reveal it.

By using one-way, non-reversible cryptographic hash functions, transactions are lumped into a block that can be verified by any observer. Part of the computation effort includes referencing previous blocks (again, connected cryptographically and irrevocably) to ensure that coins are spent only once, and each one is always fully accounted for. No third-party verification is necessary since any concerned part can download the blockchain and verify every entry in the ledge independently.

Although the story of Bitcoin itself is fascinating and remains a work in progress, it is likely to be the blockchain concept itself that tells the more lasting tale. The integrity with which blocks are forged and the ledger history is preserved is essentially tamperproof. Moreover, it requires no intervention by corruptible or fallible institutions to remain so. The ineluctable rigidity of math is the ultimate arbiter of a blockchain.

Potential Applications of Blockchain Are Endless

While the early applications of blockchain have tended toward concealing financial transactions from tax and law enforcement authorities, some newer incarnations have broader capabilities built in.

Ethereum, for example, introduced in 2013, includes a financial component, known as ether, that competes directly with Bitcoin. But it also includes a virtual machine component that can allow code to be executed within the chain process. This capability enables automatic, unimpeachable, instant completion of digitally-deliverable contracts when the correct conditions are met. There are no arguments over terms or disputes about compensation; when the specified amount of ether gets delivered, the contract executes automatically.

These are just the tip of the iceberg when it comes to potential applications, however.

Blockchain can be used to register and track digital signatures, verify identity, and create tamper-proof voting systems. Automatically tracking items moving through supply chains or food moving from farms to market are uses being explored.

The publicly-accessible, secure ledge feature is also leading to explorations in recording public records information such as land transaction in blockchains. In parts of the world where these transactions have traditionally been shadowy and susceptible to corrupt manipulation, a groundswell of blockchain adoption could revolutionize governance almost overnight. The business implications of such uses extend far beyond changes in internal operations. New markets and new ways of operating in old markets could emerge.

Ironically, blockchain is also garnering interest among exactly those institutions that it is designed to replace. Banks and governments are looking into it as a way of more efficiently performing their own back office verification and record-keeping functions.

The most interesting and groundbreaking applications probably haven’t been imagined yet, however. As with any technology, there will be a period during which users and developers simply throw things at the wall to see what sticks. A lot of those efforts will seem silly. Some of them will be major innovations.

No Technology is Without Limitations

Distributed systems are something that business executives should be familiar with, and blockchain fits that description. Like other distributed systems, it is highly redundant. It’s nearly impossible to imagine a scenario in which a public blockchain could be lost.

Also like other distributed systems, it tends to be inefficient. Blockchain is not high-performance. It’s almost certainly enormously inefficient for uses that do not need to be externally verified or require third-party participation. Purely internal systems based on blockchain add considerable complexity without much advantage.

The hype factor has certainly taken a bite out of blockchain’s reputation. Some proponents see it as a solution to every ill in almost any modern digital system. This is likely to simply provide additional fuel for skeptics in the coming years as increasingly ludicrous applications are proposed, and fail.

The technical details behind blockchain technology are obviously important and worthy of consideration by experts. There are attacks, vulnerabilities, and limitations to various blockchain implementations. But the important factor for business executives is that blockchain can work today to a certain standard of performance, and that standard may exceed existing alternatives in traditional ledger and transaction systems.

It is not immediately obvious what those areas may be. A period of experimentation and excess is likely before the real killer apps for blockchain are found. But there’s little doubt that such applications are out there, waiting to be imagined.